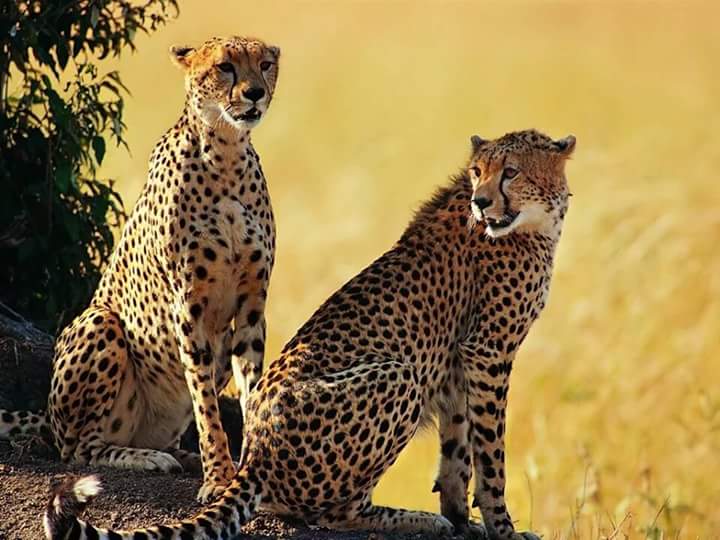 Cheetahs are one of the carnivorous animals you can be able to encounter during Uganda safaris. But what do you know about these stunning wildlife species or what lies have you been told about them? Therefore, the following are some of the mind-blowing facts about them;

Cheetahs are scientifically known as Acinonyx jubatus and are part of the big cat family comprising of Lions and leopards that inhabit the southern and Eastern Africa and Uganda is not left out.

Cheetahs are categorized unto IUCN Red List of Vulnerable species because they are greatly threatened by human population though hunting.

Unlike other carnivores, especially the cats, they have leaner bodies, longer legs and have often been regarded as the “grey hound” of the cats. Surprisingly, Cheetahs are not ruthless animals and prefer using flight instead of fight during defense due to their weak jaws and smaller teeth.

Interestingly, Cheetahs hunt during day to avoid the possible competition with the larger and stronger carnivores such as lions, leopards and hyenas. The males use their highly developed eyesight to scan the environment for enemies before quietly following/stalking the targeted prey.

They occupy varying ecosystems ranging from dry forests, shrub forests to the savannah grasslands and in Uganda, you will only find them within Kidepo Valley National Park making it an extremely incredible and must-visit destination during Uganda safaris. Besides the mentioned place, these mammals can be encountered from other destinations in East Africa and these include Masai Mara National Reserve in Kenya and the popular Serengeti National Park in Tanzania.

Cheetahs are undeniably carnivorous and mainly prey on the smaller antelopes such as duikers, kobs, oribis, impalas, Thomson’s gazelles, steenbok and springbok among others.

These cats are the World’s fastest land animals running at a speed of up to 70 kilometers per hour and in fact the most exceptional and specialized member of the Cat family.

There are presently less than 10,000 of these animals left in the whole World making them one of the continent’s most endangered Big cats.

These extraordinary animals are often times mistaken for leopards but are identified by their varying marks that are long-tear drop shaped lined on both sides of their noses, especially from one corner of their eyes to the mouths. They have slender bodies, deep chests, spotted skin and have small rounded heads as well as long thin limbs and spotted tails.

Their skin colors are always buff or tan in color with almost 2000 black spots that measure from three quarters to one and a quarter across. Interestingly, there are no spots on their white bellies and their tails have spots which usually combine to form from four to six dark rings at the end.

Cheetahs weigh between 21 and 72 kilograms and measure from 70 to 90 centimeters at their shoulders. Much as they are slightly taller than their counterparts the leopards, they are small than the Lions.

They breed throughout the year and their gestation period lasts between 90 and 95 days and give birth to three to five cubs but after 6 months, they are weaned yet will still keep in the group. Just like leopards, female cheetahs are solitary although the males live in groups of two to three members and are extremely territorial.

These animals can stalk their prey from within 100 and 300 meters and chase after them before eventually killing them fast or risk losing it to the bigger or fiercer carnivores such as lions. They bite their prey’s throat so as to deprive them of oxygen and make them die after a fruitful stripping during the chase.

They have a black-tear like mark from the interior corners of both eyes down to the outside edges of their mouth hence enabling them to reflect the sun rays during day time while hunting. It is therefore said that the tear marks function as a sight of a rifle allowing the cheetah to stay focused and capture the prey easily during hunting.

Interestingly, Cheetahs make facial expressions using the bold black lines around their mouth to show their mood. They surprisingly don’t always need to drink water because they get moisture from the bodies of their prey.

Book a safari with mondsafaris,