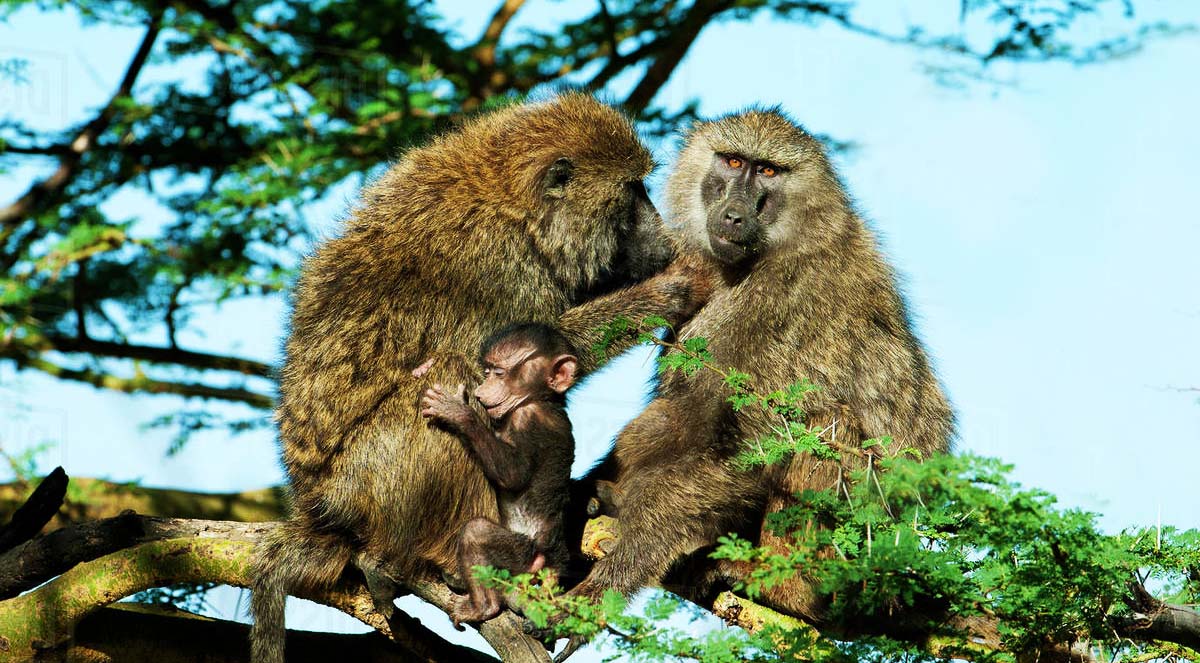 Uganda only has the Olive Baboon, while other African countries also have the Yellow baboons, Hamadryas baboons, and Chacma baboons, but in my opinion, they are not as beautiful or interesting to look at as the predominant Olive Baboons.

The size of the baboon is approximately 20 to 40 inches long, minus the substantial tails of varying lengths.  The Baboons mostly stay in savanna and other semi-arid habitats, but some few live in tropical forests like Bwindi forest among others.

They feed on fruits, grasses, seeds, bark, and roots, but also have a taste for meat. They eat birds, rodents, and even the young of larger mammals, such as antelopes and sheep. 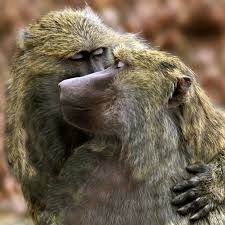 When water is readily available, baboons drink every day or two, but they can survive for long periods by licking the night dew from their fur.

They leave their nest early in the morning at around -After coming down from the cliffs or trees, adults sit in small groups grooming each other while the juveniles play.

They are intelligent primates and are capable of using tools like stones, sticks to get termites, root crops among others.

When they begin to mature, males leave their natal troops and move in and out of other troops.

Baboons sleep, travel, feed and socialize together in groups of about 50 individuals, consisting of seven to eight males and approximately twice as many females plus their young.

Baboons prefer safe sleeping places in either tall trees or on cliff faces. When water is readily available, baboons drink every day or two, but they can survive for long periods by licking the night dew from their fur.

The major predator of Baboons is the human being because they can cause injuries to them. They are more aggressive when attacked.

WHERE TO SEE BABOONS IN UGANDA