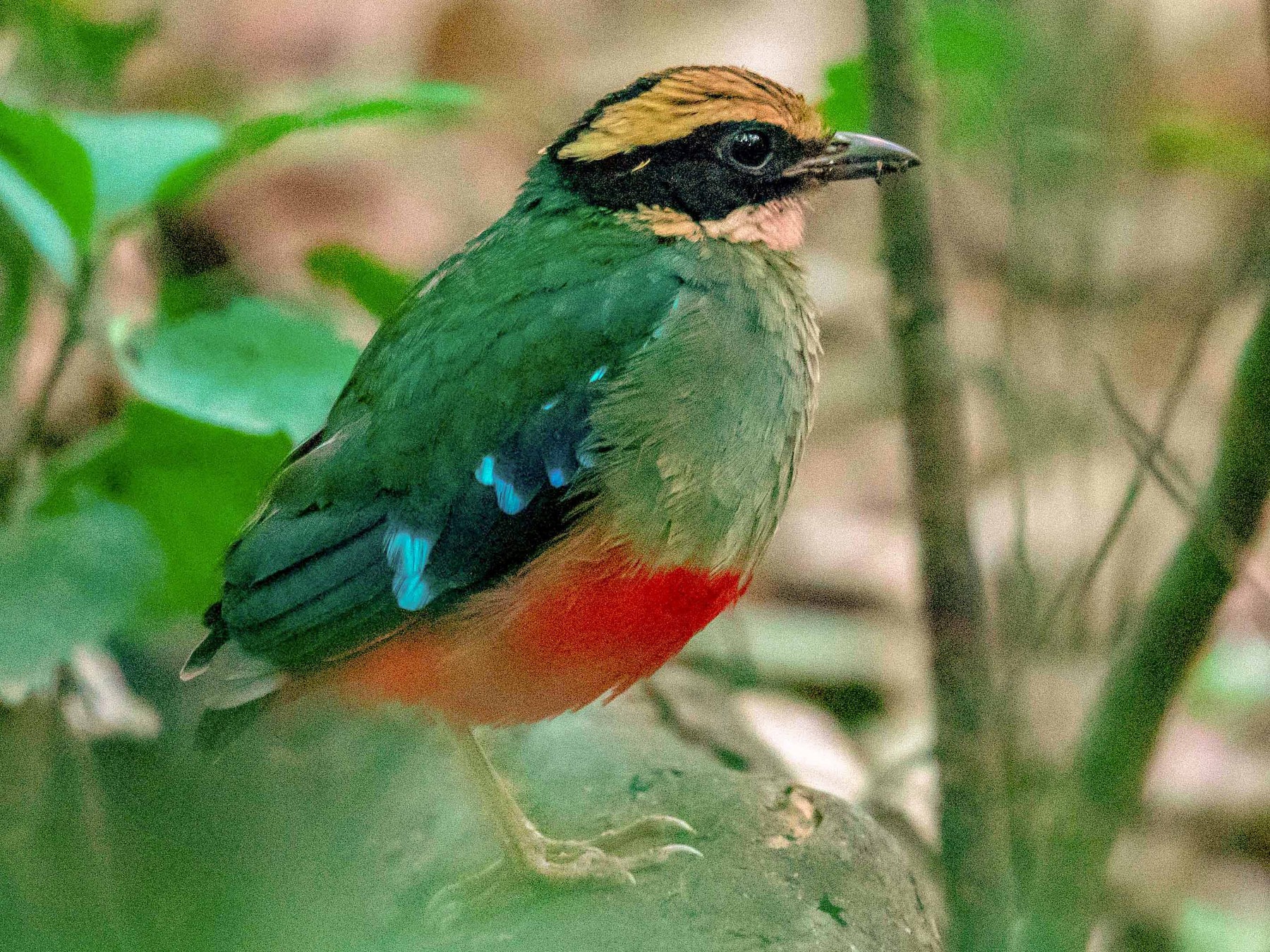 Green-Breasted Pitta, or Pitta reichenowi, is one of only two pitta species found on the continent. Its distribution is generally restricted to moist lowland forest in Cameroon, Central African Republic, Gabon, and Democratic Republic of Congo. Interestingly, in Uganda the Pitta occurs between 1,100 and 1,400 meters. Although there are historical records of sightings from Budongo and Mabira Forest Reserves, Kibale National Park is the only reliable site for the pitta in the country during Uganda safaris. The pitta vocalizes loudly at first light during the summer months of June to August. After locating one displaying at dawn, it is worth searching the general area for a few hours once it gets light, as it pokes about in the leaf litter for prey. Obviously, this is one of Africa’s most difficult and sought-after birds, and seeing one is a top highlight in any lifetime of birding safaris. They do show a Green-Breasted Pitta in natural light feeding on the forest floor, as another hops around nearby.
A spectacular short-tailed upright bird with a distinctive bottle-green breast, a black-and-buff head, a white throat, a scarlet belly, and shiny blue-spotted wings and rump. A scarce resident of dense lowland forest, usually skulking in pairs in leaf litter on the forest floor. Breeding birds call and display in the canopy. Most often found when giving a di-syllabic “brrr-rrrt” wing drum display as the male hops up, lasting less than a second; also gives a bell-like whistled “huuu” call. African Pitta is similar to Green-breasted but has a warm buffy breast.
Book a safari with us at #mondsafaris
For more information,
Email; info@mondsafaris.com
www.mondsafaris.com
0Shares
PrevNext