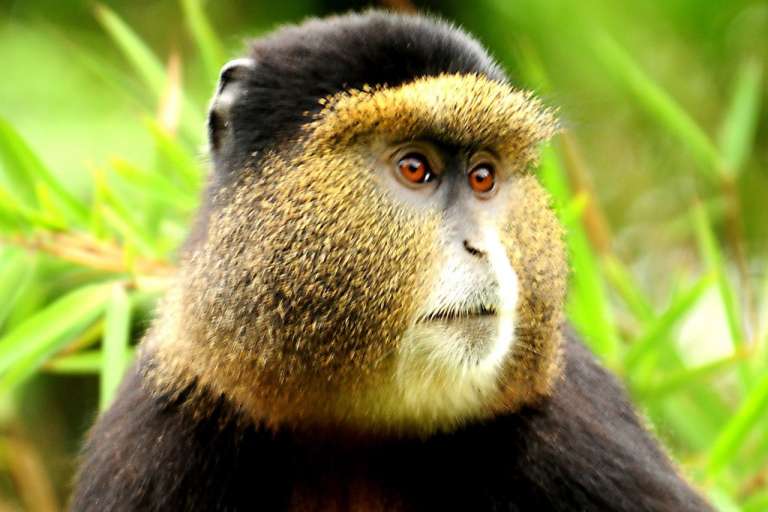 Golden Monkeys are beautiful unique primates found on the slopes of the Virunga volcanoes which are shared between Rwanda, Uganda and DR Congo. In Uganda, golden monkey trekking is done in Mgahinga gorilla national park in south-western Uganda.

Golden monkey trekking is an active tour compared to Chimpanzee trekking and gorilla trekking in certain instances because it is done in the mountainous area and they are continuously moving which requires you to follow them, they are small and fast in their movements. They prefer to rummage through the bamboo sections of the forest because eating the young bamboo shoots.

They live in groups of about 30 individuals or more roaming over a large territory. You will obtain a golden monkey trekking permit in advance from your tour agency, specify the date for which you would like to trek the golden monkeys.

The golden monkey trekking starts early morning with briefing at 7 am at the park headquarters before trekkers can start the trip into the park. You spend an hour with the golden monkeys after spotting them. The trekking generally takes about 2 hours depending on where they nested the previous night and how far it is from the starting point.